During the year, we have formed a close-knit band with several social and training events. 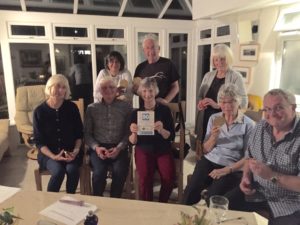 In October we had a social event where everyone brought a plate of food to share and we had various team competitions and prizes. We were also entertained by Viv who had produced a little play which included everyone taking a part depicting the History of the bells of Rye – this enabled her to achieve one of the 50 ringing things. In November Cathy taught a group of us how to splice a rope and we were not bad at it and had fun in the process.

Our Outings and Other Ringing 2017

In May, we had an outing to Brownsea island where some of our ringers also ring so we enjoyed a great day out with a conducted tour, joint lunch and followed by ringing at the church. In May, we also had a morning cleaning the tower where all those who were available helped in the fun!

In June, our novices supported each other in the Ringing Bonanza where we had 2 teams. They were amazing for saying how long most of them had been ringing and we said they were practicing for 2018! We also produced a cake and a limerick for the competitions. In September, we were privileged to have the support of Jack Pease to organise another outing for us – this time we had a tour of Salisbury Tower followed by ringing in 3 churches in the Salisbury area. Again, our new ringers did really well trying out new bells and supporting each other in this event. 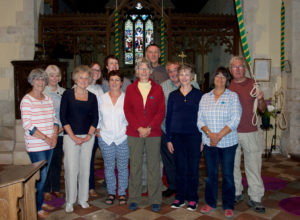 Learning to splice a rope. 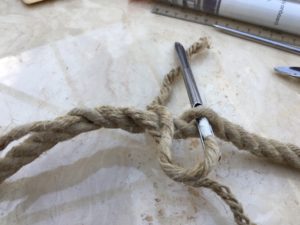 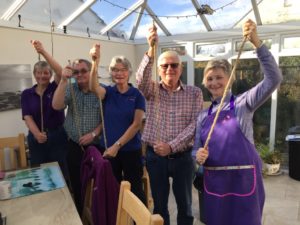 We use cookies to ensure that we give you the best experience on our website. By continuing to browse this site you give consent for cookies to be used.